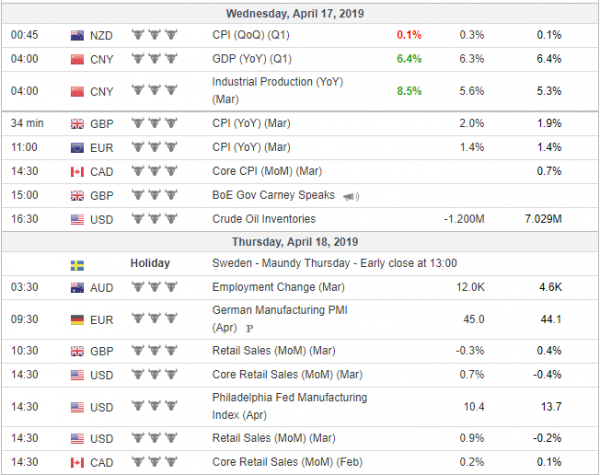 The euro confirmed gains from the previous week. The ECB monetary policy meeting did not provide new optimism. However, Japan’s Mitsubishi Financial Group has agreed to buy a multibillion aviation financing business of the second German lender – DZ Bank providing support to the euro, Reuters reported.

The British pound changed little. The EU leaders decided to postpone the Brexit date until October 31 offering the UK more time to carve out a deal that will be supported in the UK Parliament. The Japanese yen was mainly flat against the dollar hovering around a five-month low against the dollar. National Bank governor Kuroda reaffirmed his commitment to the ultra easy policy.

U.S. indexes continued climbing ahead of the Q1 earnings season.

Oil prices eased last week retreating from a 5-month high. Russia is signaling it might not be interested on the extension of supply cuts in the second half of 2019, while the US oil reserves and rig counts increased further. On the other hand, the situation in Venezuela, Libya and sanctions against Iran provided the ongoing support for the oil prices.